*We are not presenting a template for all DAOs but generally applicable heuristics.

Myth: Onchain voting will solve the problem of the internet being in the hands of a few stakeholders.

Today’s internet has diverged from its original vision where instead of an internet that’s controlled by the community, powerful controllers in the forms of big tech and governments dominate.

"The good news is that billions of people got access to amazing technologies, many of which were free to use. The bad news is that it became much harder for startups, creators, and other groups to grow their internet presence without worrying about centralized platforms changing the rules on them, taking away their audiences and profits. This in turn stifled innovation, making the internet less interesting and dynamic." — Chris Dixon

If all stakeholders cannot make their voice heard when it matters to them, what is the solution? How can we prevent a small group of stakeholders from taking advantage of others?

Different solutions to the problem of the internet being in the hands of a few exist and one of the solutions is stakeholders controlling internet platforms through onchain voting.

When a decision is made in the physical world, the decision maker(s) tasks an individual with seeing that the decision is executed. Most of the time, execution is flawless. There are a few cases in which the decision is not executed to satisfaction. For one, factors such as miscommunication can cause delays. In another, the person tasked chooses not to execute by adding/omitting parts of the decision or refusing to execute. Laws are what hold individuals responsible and guarantee that execution will happen most of the time. You are punished according to how you failed to oblige by the law. The greatest of these punishments is bodily harm. In the physical world, it is martial law that enforces execution.

Onchain voting simplifies this. Onchain voting as a control mechanism does not suffer from problems in the physical world. Onchain voting makes execution instant where there are no delays between decision making and execution. It also guarantees that a decision will execute all the time. In the digital world, laws written in smart contracts enforce execution. The need to trust a person for execution disappears as we are disintermediated.

Onchain voting can represent ownership and control of whatever is on the internet—including platforms and protocols. It empowers voices in a community with the ability to take meaningful action. Voting signals inclusivity when it increases the number of stakeholders, enables wisdom of the crowds, and promises to foster stronger connections through the democratic process.

What can be more open, transparent, and fair?

Fueled by this enthusiasm the crypto community has applied onchain voting everywhere the past couple years. And we’ve seen varying results.

Miners vote to determine whether Bitcoin upgrades and changes its core rules. This may sound like the perfect setup for a small, closed, non-transparent group of miners to collude. 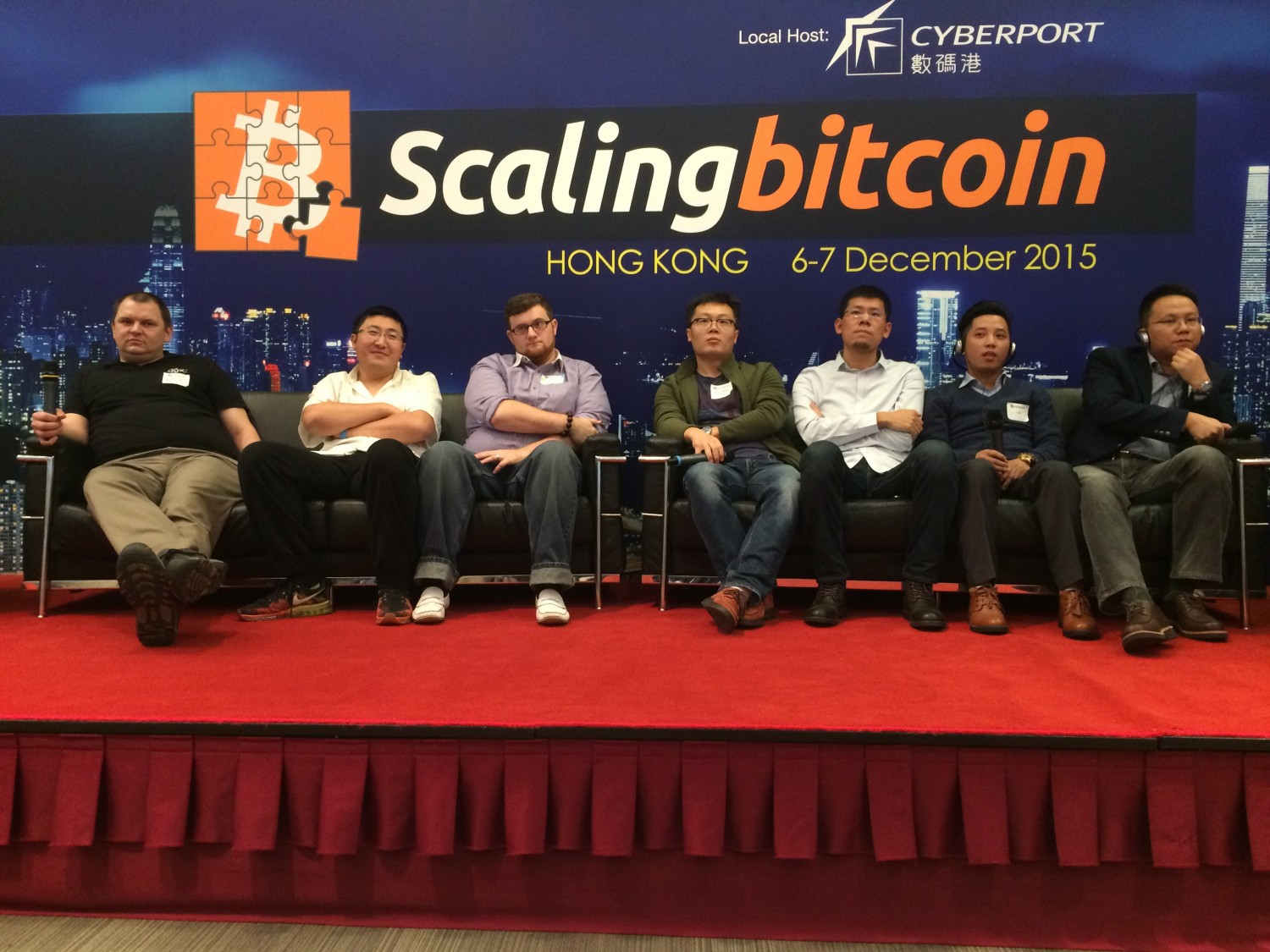 It doesn’t happen in practice because of several reasons. New entrants join and incumbents leave with changing market conditions. Miners must gain support from users, developers, wallets, and exchanges. They otherwise risk becoming the newest addition to many "hard forks". No single group of stakeholders can determine how Bitcoin should upgrade.

2. Onchain voting enables users to have a voice and enforce execution of key decisions in platforms—with controversial results.

3. Onchain voting enables retail investors to voice and enforce execution of their interests on a platform—with mixed results.

While the above examples are not exhaustive, they illustrate two key points.

One, onchain voting made what was before inconceivable on the Internet possible. Now, any stakeholder can vote on cases where they could not before. Voting supercharges their smaller voices with direct control over key decisions. The community is taking back control of the Internet.

Two, the fact that anyone in the community can vote gave us a new set of concerns and possibilities.

“On-chain governance’s underlying assumption is that because token holders and ‘owners’ of a protocol are one and the same, they are economically incentivized to vote in the protocol’s best interest. If tokenholders vote for a proposal that has a negative effect on the protocol, the token’s price will reflect that decision and they will lose money.” — Roy Learner

Onchain voting, similar to its offchain counterpart, proved just as vulnerable to authority, politics, and mob rule. The biggest problem, though, was the lack of engagement. Decision making felt bureaucratic for most and frustrated individuals vented that the community was unable to reach quick decisions.

It seems reasonable to assume that once given the right to influence the direction of a platform where you’ve judged it important enough to opt-in and become a stakeholder, that you would actively participate in organizational decision making. This couldn’t be further from the truth. Though having the ability to vote is better than no vote at all and higher participation is better than zero participation, having given everyone the right to vote, everyone decides is not what’s happening on the ground. Voter turnouts tend to be far lower than political and corporate votes.

A New Myth: For effective DAO voting, stakeholders should a) shape high-level decisions, b) shard votes, c) and batch proposals.

We offer three practical heuristics to make voting more effective for everyone:

Putting these heuristics together, imagine a DAO that has three modes of voting: regular, irregular, and emergency. The DAO sends regular emails to its members. It summarizes upcoming high-level decisions and their ramifications. Delegates hold responsibility to follow up, inform, ruminate, and discuss among themselves over decisions that affect the DAO and/or their respective pods. During the DAO's voting cycle, the community expects the delegates to be well informed and consistent when they show up to vote on proposals outlined in the email. A small number of proposals, due to their nature, may have to be put to a vote outside the regular cycle. The expectation towards delegates for an irregular vote is that while they’re not given as much time to reach a decision, they show up and decide, understanding the tradeoff between precision and speed. When faced with a contingency, the emergency team in the DAO kicks into effect to protect the DAO until the situation is resolved. Members hold the power to redelegate their vote from those delegates who do not act in the interest of the DAO. Members can hold the delegates accountable for how meaningful their participation was across all three voting modes. In the extreme case that the DAO passes a controversial decision going against an individual member’s interest, the individual has the choice to “ragequit” and leave with her contributions.

We started by highlighting a persistent problem in many internet organizations today: a small group of stakeholders in an organization can take advantage of other stakeholders on a platform including developers, users, and investors. A mechanism to solve this problem is to enable every stakeholder to vote on key decisions on the platform. We then suggested ways of implementing voting that avoids and improves upon the current problem of vote-by-all. These ways range from emphasizing voting on high over low-level decisions, sharding, and batching votes.

A question remains: where and when will these mechanisms be more or less likely to be successful? Answer: Internet native organizations that value decisions by collectives rather than individuals. The early part of the internet was about individuals on platforms. The later part of the internet will be about creating collectives, organizations, and societies symbiotic with platforms living and breathing on the internet. We’ll flush out what this means in future writings.

*DAO “member(s)” refers to either a natural person or a legal person. Myth: DAOs are organizations with a shared onchain bank account. It’s hard to miss the writing on the wall if you’ve been a part of crypto since 2021. Everywhere you turn people speak about DAOs

Updated 20th April 2022 Myth: You think of “progressive decentralization” as a legal strategy to stay out of prison. Maybe. The Progressive Decentralization Playbook [https://a16z.com/2020/01/09/progressive-decentralization-crypto-product-management/] is a widely accepted strategy for crypto projects. But what problem does it solve? In 2020, Jesse Walden originally

Our Bull Case for DAOs Rolf: DAOs, to me, are not so much about the actual noun of DAOs as an organization. They're much more about the verb. I'm more interested in how DAOs have changed the way that we organize and how DAOs change behaviors among people who come